Located within lush sub-tropical rainforest near Punakaiki on the West Coast of New Zealand’s South Island, this award winning facility features the largest mainland burrow-nesting petrel, the Westland Petrel (Procellaria westlandica) on its only breeding grounds.

The Westland Petrel belongs to a family of pelagic seabirds, the procellariidae, or otherwise known as tube-nosed seabirds.

With over 100 species around the world, almost half of which can be found breeding in the New Zealand region, the petrel family ranges in size from the largest species, the Royal Albatross, with its wingspan of over three metres, to tiny storm petrels the size of a sparrow. Typically, petrels rarely come ashore outside the breeding season and immature birds may spend many years at sea without touching land before returning to breed.

Before the arrival of Polynesian and European migrants the New Zealand mainland was inhabited by many petrel species that bred in huge colonies of millions of birds.

Whilst ominously reduced in numbers today, the Westland Petrel is one of the few petrel species that has not been eradicated from the mainland by introduced mammal predators and other human related impacts. The wider New Zealand region nevertheless remains one of the world’s hotspots for petrels because of its many inaccessible offshore islands that provide safe havens for breeding populations.

Viewing the Westland Petrel on its breeding grounds from our facility can give you a glimpse of wild New Zealand as it once was. 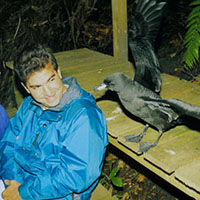 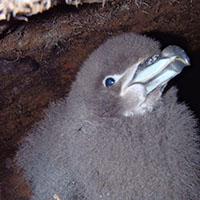 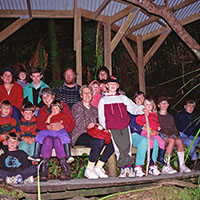