Paparoa Nature Tours was established in 1987 by Denise Howard and Bruce Stuart-Menteath.

In 1985, with the intentions of establishing a nature tour venture based on the rich diversity of the Paparoa ecological area, they bought a small farm near Punakaiki, half of which was covered with lush sub-tropical rainforest.

The farm also adjoined the breeding grounds of the Westland Petrel and in 1987 they discovered that the petrels were actually breeding in a sub-colony on their property.

After three years of research into the behaviour of the petrels in their forest habitat they felt assured that an educational viewing facility could be operated within the sub-colony without impacting on their breeding success. In 1990, outside the petrels winter breeding season, the present walkway and viewing shelter was constructed.

As part of the management of the petrel colony they conduct predator control on their property in order to eliminate possums, stoats, cats, rats and dogs. Traps are positioned alongside the walkway for stoats and rats.

In 1993 they were co-winners of the New Zealand Eco Tourism Award for the general educational quality of their venture and in the same year were highly commended in the British Airways Tourism for Tomorrow Awards for their sensitive management of the Westland Petrel viewing facility.

For 10 years they conducted guided caving, canoeing, birdwatching and forest walks within the Paparoa National Park and were contracted by the Department of Conservation (DOC) to operate its summer activities educational programme in the area. In 2000 they chose not to renew their concession with DOC and focused their venture solely on tours to the Westland Petrel colony. 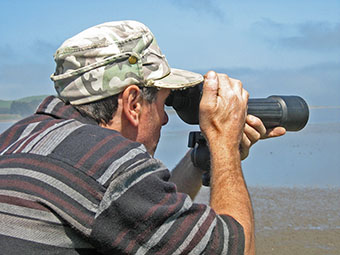